Black mould around windows not only looks unsightly in your home but can cause serious health problems too.

Mould growth can affect both wooden windows as well as uPVC causing the windows to deteriorate over time as well as spoiling the decoration around windows if the mould spreads into the room. Plus, it’s really bad for you, affecting the quality of the air that you breathe and potentially leading to serious illnesses and diseases. Washing away the mould will not stop it from coming back and if not done properly, this process will only cause the mould growth to spread.

What causes black mould on windows?

Black mould forms around windows and on window sills where there are excessive levels of moisture in the air and there can be several things that cause this.

Some of the most common are:

Black mould requires constant moisture to thrive and if left unregulated, can spread from around windows and across paintwork or wallpaper invading the interior decoration in your home which can prove costly to restore.

Bathroom and kitchen windows are the most popular for mould growth because these are generally the two environments within any home which have the most moisture-laden air and produce the greatest amounts of condensation.

Why is black mould around windows bad for your health?

Black mould has a technical name – ‘Stachybotrys Chartarum’ – and is known to impact air quality and cause problems with breathing and this can lead to long-term damage to respiratory health if the spores are inhaled and the mould is not treated. For household occupants who already suffer from conditions like asthma, this can be particularly dangerous.

Black mould releases spores known as mycotoxins which are like invisible dust and which when breathed in will cause damage to the airways and lungs but can also impact the skin and nervous system.

Most people only perceive mould to be dangerous if you touch it but the mould spores create an invisible powder of dust which is present on the surface of the window and in the air that you breathe; mould is not just about what you can see but what you can’t see. Babies and the elderly are particularly vulnerable to these invisible and dangerous invaders as well as those with pre-existing respiratory conditions.

Managing condensation in the home

Mould loves moisture and condensation is a big problem for many households.

Condensation is caused by too much moisture in the home and is created when warm air hits cold glass, particularly during the winter months when rooms are at their warmest and the glass is at its coldest.

This is often a problem with old-fashioned windows and, rather ironically, is exacerbated by modern, sealed, draught-free homes which are kept very warm and allow less circulation of air and often have poor ventilation. Old houses which tend to be cold and less energy efficient with more draughts will promote better air movement and often suffer less with condensation problems around windows.

Wiping down the glass with an absorbent cloth or using a window vacuum can get rid of condensation in an affected room but this is a daily chore and doesn’t deal with the root cause of the problem.

Fortunately, there are several ways to manage condensation if this is the cause of black mould growth around your windows or on the window sills.

Use dehumidifiers in the worst affected rooms

Install extractor fans in the kitchen and the bathroom

Increase ventilation and air in your home which will help dry moisture in the atmosphere, this can be done by just opening windows for a small amount of time each day – half an hour is usually enough – or fitting trickle vents at the top of the window.

Bathrooms and kitchens are the rooms most commonly affected with condensation problems but bedrooms can also be quite moisture-laden because of warm air generated by the occupants as they sleep. It’s not unusual for bedroom windows to be running with water first thing on a cold winter morning.

A more long-term solution is to upgrade your windows if they are single glazing or old double-glazed units. New glazing products, such as Fineo glass, with only 0.7 U-Value and 7.7 mm double glazing thikness will offer you premium thermal efficiency and help manage condensation, inhibiting mould growth around the windows, protecting both your health and your home interiors.

Dehumidifiers reduce or eliminate moisture in the air and can help protect wooden window frames and sills from the impact of condensation during the winter months. The art is making your environment unattractive to mould growth around windows by keeping the air as dry as possible and ensuring plenty of airflows.

Exhaust fans can be fitted in kitchens and bathrooms to help remove the steam associated with bathing and cooking; they help with ventilation in warm rooms which can be particularly prone to condensation.

When the weather is dry (which is not very often in a British winter), use natural ventilation by opening windows for around half an hour every day to help promote the flow of air.

Wooden windows versus uPVC in the war on mould

Some types of mould will feed on the wood in the frame and sill of wooden windows and of course, wood loves moisture so wooden windows do need more work if you want to keep the growth of mould and mould spores at bay. However, mould also just loves the seals on uPVC windows although it finds it harder to damage the actual plastic frames and sills.

Black mould around windows and on the windows themselves including the window frame and glass must be removed but bear in mind, that if you don’t also remove the cause at the same time, then the mould will just keep coming back. The NHS recommends that householders should only remove mould patches if the area around or on the windows is smaller than one metre squared; anything larger should be removed by a professional cleaning company due to the dangers posed by the spores and the dust.

If you are washing or cleaning mould around the windows, always wear protective clothing which should include:-

Breathing and touching the mould around your windows

Breathing in spores or touching the mould around your windows can be dangerous and you may also be using solutions like bleach which can damage the skin and should not be inhaled. Windows can be open for ventilation and fresh air but doors should stay closed to prevent the spread of any spores which when they are dry, can turn to dust and be carried through the air.

Fill a bucket with hot water and some washing-up liquid. Using a clean cloth or rag, dip the material into the warm, soapy water and then wipe away the mould from the surface – resist the temptation to wash the area as this will just spread the mould growth around. Rinse the rag in the soapy water and repeat the process until all the mould has gone from the window. Use a second dry cloth to wipe excess moisture from the now clean window. Dispose of both rags, do not re-use them as you risk introducing mould into other areas in your home.

There are proprietary, branded mould cleaners available from your local supermarket or DIY store but many people dislike using strong chemicals because of the impact on both their immediate home environment and the environment at large. Warm, soapy water or household bleach will do the job just as well.

A good quality bleach will kill all types of mould – mix one part bleach to four parts warm water and either use a plastic spray bottle or a cloth to apply the solution and wipe the mould away.

Bleach can damage colours on painted window frames and sills so may not be an option for every window – it can also discolour white uPVC units, turning them yellow.

Always use rubber gloves when handling a bleach solution.

Clothes, soft furnishings or textiles like cushions and throws in the vicinity of the window should be professionally cleaned or thrown away.

Wooden windows can be more vulnerable to mould growth if they are not kept in good repair and that’s because the window frame and sill can attract and retain moisture. Wooden windows need to be kept in a regimen of care and maintenance so that they are protected from cracking and splitting, not only looking good but remaining watertight, keeping your home dry and damp free.

Windows should be inspected at least annually for signs of rot and the penetration of water – never ignore the telltale signs of soft areas. Rubbing down, treating the wood and repainting it will help keep moisture at bay and any early cracks or splits can be filled.

Rotten sections of the window should be cut away and replaced with long-lasting, rot-resistant timber such as Accoya.

Are wooden windows more at risk of suffering from black mould than uPVC units?

The answer to this is, probably, because wooden windows don’t often fit well after a few years unless they are well maintained. If the wood that makes up the frames and the sills is not treated, preserved and re-painted or stained on a regular basis then rot will set in because of the inevitable impact of weathering over the years and it will be really difficult to get rid of mould around or on the window. Soft or rotten sections on the window frame will allow moisture to penetrate and this can cause mould growth both on the window itself and the surrounding wall.

Can you remove window mould with vinegar?

Vinegar is an effective alternative to warm, soapy water to get rid of mould and is a common household item that can kill around 80% of different mould species.

Use white vinegar which should be decanted into a spray bottle like a plant spray.

You can spray the vinegar straight onto the mould or alternatively, onto a cloth and then wipe the mould away.

Whichever method you choose, the vinegar should be left to soak into the mould for about an hour to break it up otherwise it won’t be effective and get rid of the mould.

Use a scrubbing brush and warm water to lift away the mould from the window once the vinegar has been allowed to permeate. Wipe the surface down using warm water and a clean cloth and then let the area dry out.

Poorly maintained wooden windows will encourage the ingress of water so the key is to keep the window sills and frames clean and free from dust and moisture and act promptly whenever any splitting or rot is evident by rubbing down and re-painting or staining the wood.

Why is black mould growth always worst around the window?

The window is usually the coldest part of any room which is why mould growth on the frame and sill will appear here first.

The best way to manage mould growth for the health and wellbeing of all the occupants in the house is to make sure it cannot thrive in the first place. The presence of black mould around windows, on the frames and sills or on the surface of the glass can indicate a house that is damp, especially rooms like the kitchen, bathroom and bedroom which are more moisture laden and which lack an adequate movement of air. This will impact on the health of all who live there.

Keeping your house free from dust and damp is the solution to a persistent mould problem but if you are still really struggling and worried about health then a change of windows can be the solution. 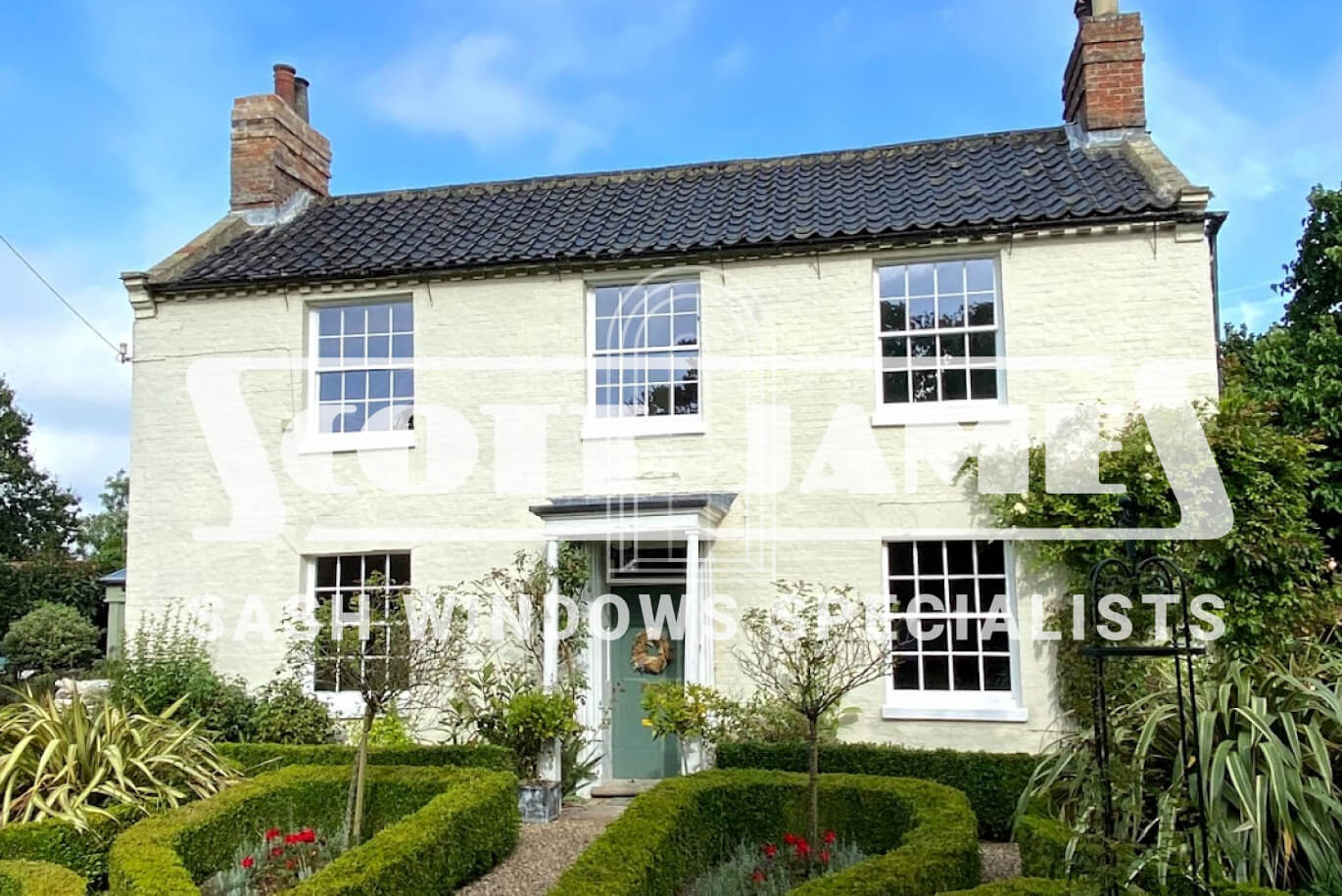 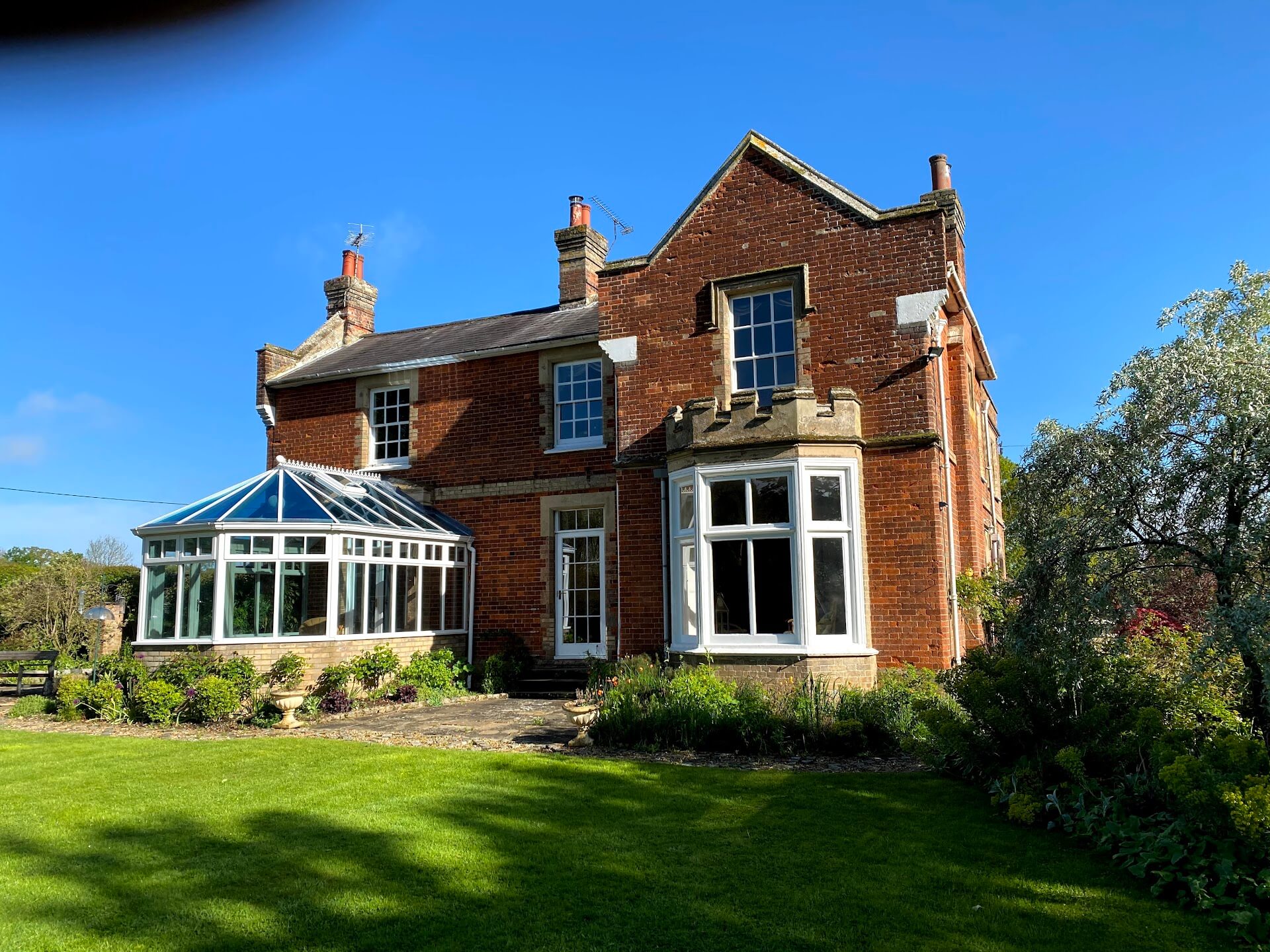 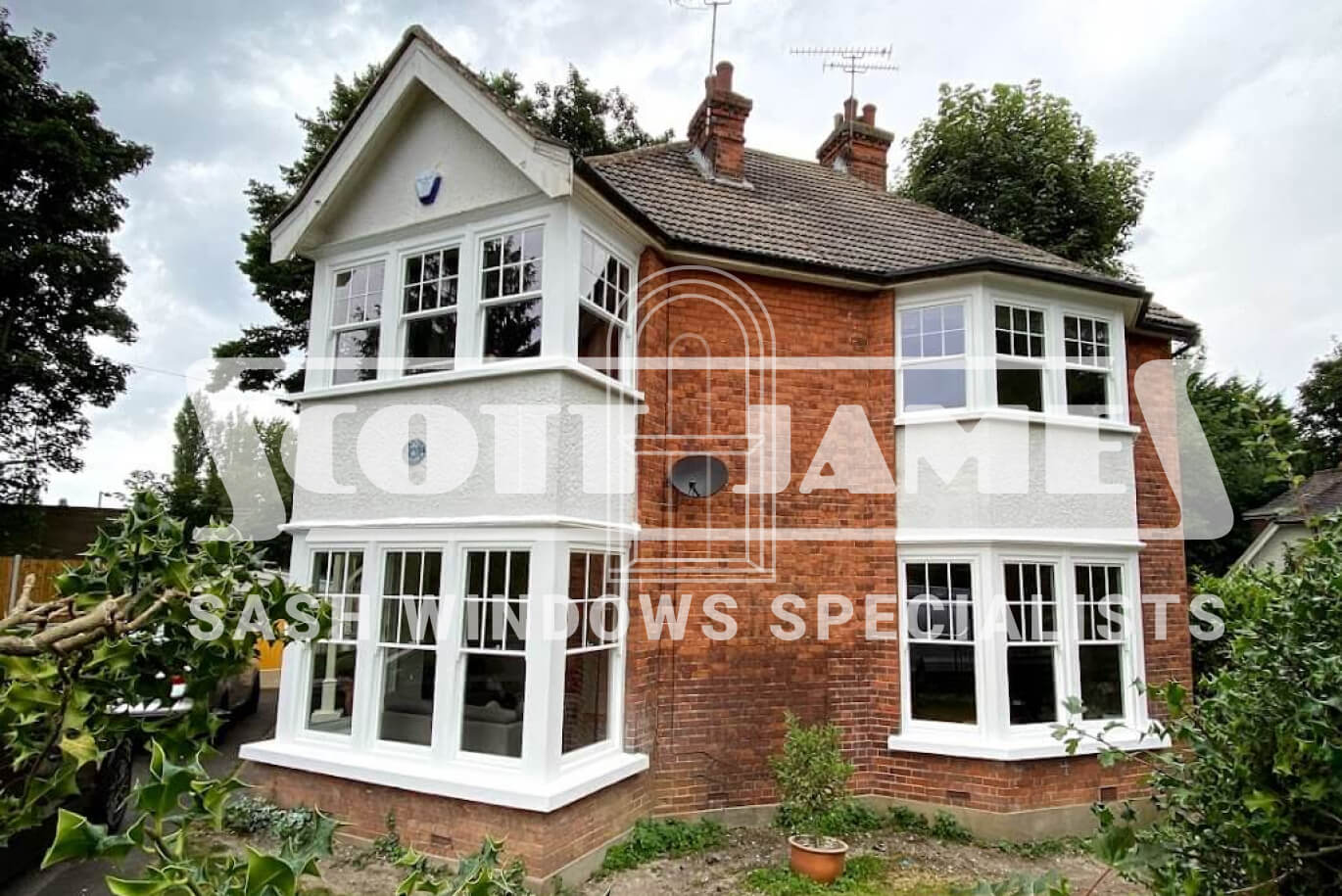 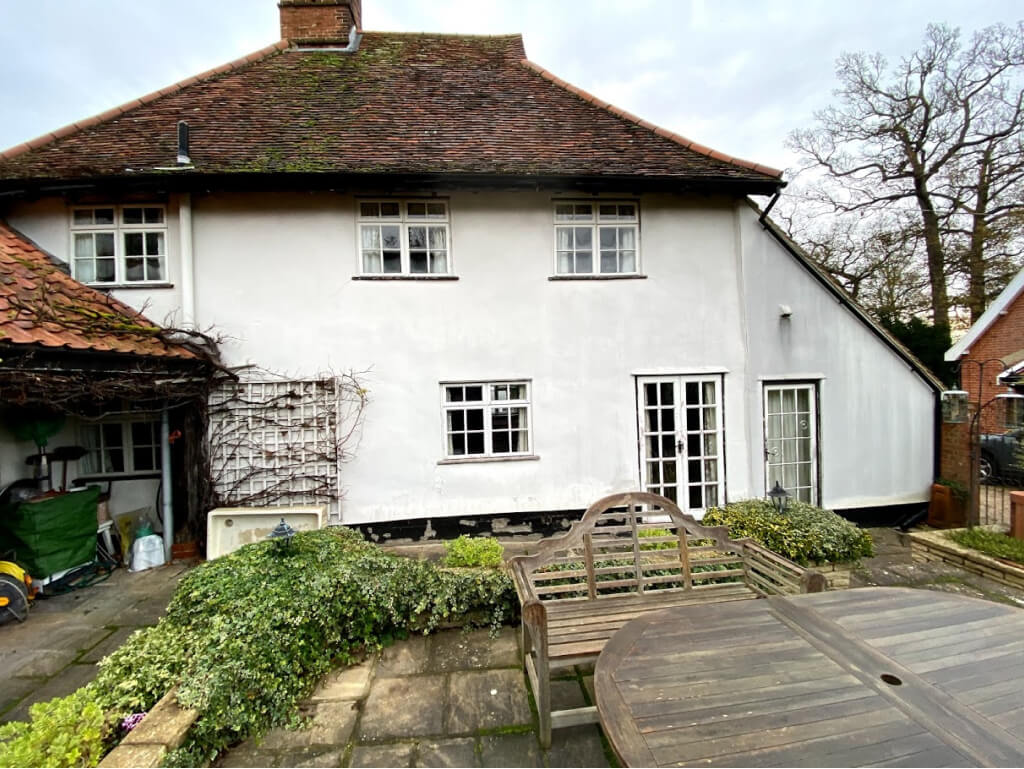